One of the most popular tourist destinations in Nepal is the temple known as Pashupatinath in the eastern part of the country. It is situated between two enormous holy rivers, the Dudh Kosi on the right and the Sun Kosi on the west, between them, in the Khotang area, at an altitude of 3,100 to 4,734 feet above sea level. A popular Hindu, Buddhist, and Kirant site are Halesi Mahadev.

The distance between it and Kathmandu Valley is 215 kilometers. The Halesi Temple is located at the top of a tiny hill within the magnificent caverns. There are other smaller, stunning caverns as well. The cave’s inside has a meaningful image of the Lord that enhances the allure of the visit.

The fact that it is as well-known as other temples like Kathmandu’s Pashupatinath Temple and Kapilvastu’s Lumbini gives the residents a sense of pride. It is known as a natural cave that is situated in the fourth isolated highland area and is believed to have been around for more than 6000 years. 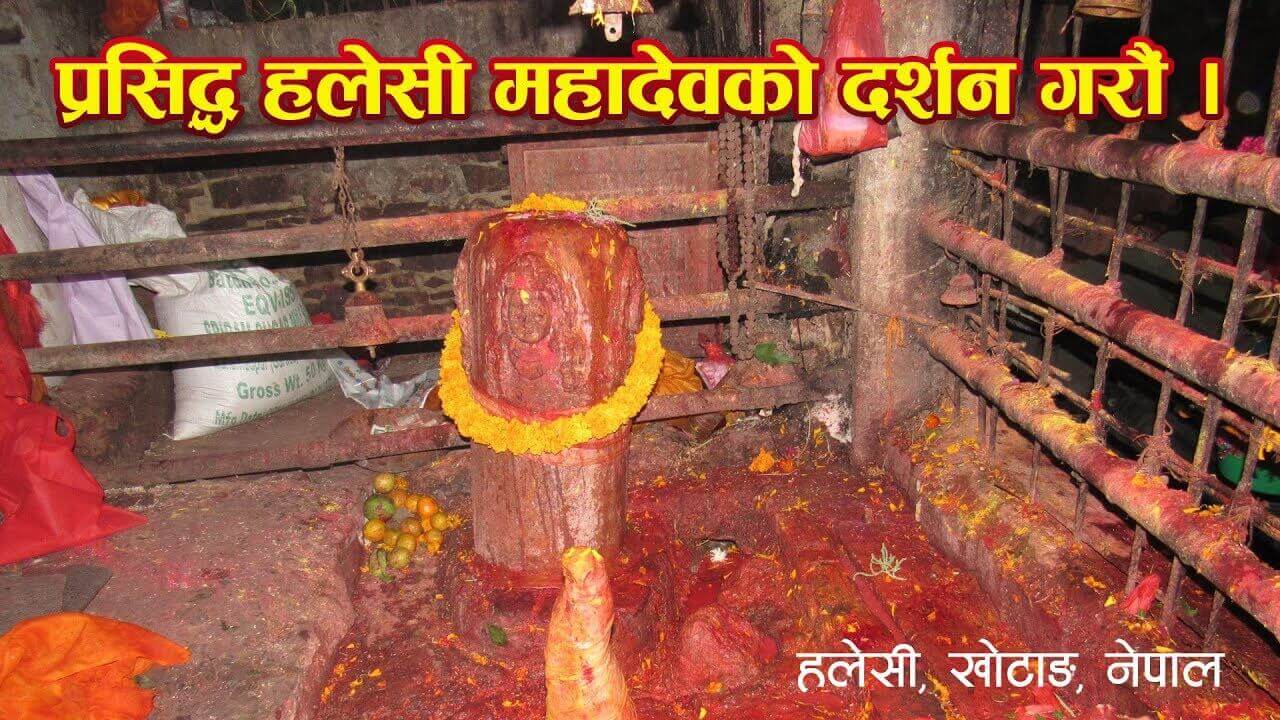 One of the most popular travel packages for Hindu and Buddhist pilgrims is the Halesi Mahadev Tour package. The Halesi Mahadev Religious Tour is a package deal that includes travel, lodging, and food. Halesi Tour departs from Kathmandu at 5:00 AM. We will travel for around eight hours to the Halesi Temple.

Tonight, we’ll spend the night at the resort. You’ll be awakened early in the morning to pay tribute at the Temple. You will have breakfast at the hotel and check out after performing your devotions at the temple. On the route to Kathmandu, you will stop for lunch.

Day One: Kathmandu to Halesi Temple

The first day’s trip departs from Kathmandu at 5:00 AM in direction of the Halesi Mahadev Temple. Today, we need to go 230 kilometers, so we set out early. The trip to the Halesi Mahadev Temple takes around 8 hours. The driving road to the Halesi Temple passes through Kathmandu, Dhulikhel, Khurkot, Ghurmi, Okhaldhunga, and Jayaram Ghat. At the hotel in Halesi, we will check-in. We’ll have supper at the hotel and spend the night in Halezi.

You will get up early today so you may take a shower. After that, we’ll proceed to the Halesi Mahadev Temple to perform devotion. We will head back to the hotel for breakfast when the worship is finished.

After checking out of the hotel, we will proceed to travel to Kathmandu. On the journey to Kathmandu, we will eat lunch.

We require a down payment in order to secure the reservation. eSewa, Khalti, IME PAY, and Connect IPS are all acceptable payment methods. We will email you the service voucher and final confirmation as soon as the payment has been completed.

What is Khotang famous for?

Khotang, which is situated between the districts of Solukhumbhu, Udaypur, Okhaldhunga, and Bhojpur and is about 280 kilometers from Kathmandu, is famous for its “Halesi Mahadevsthan Temple.”

What is Halesi Mahadev?

A famous temple for both Hindus and Buddhists, Halesi Mahadev. The Halesi cave inside the temple is thought to have been a habitation for 6000 years. In order to avoid the demonic Bhasmasur, Lord Shiva hid there. The cave is situated halfway between the revered Dudh Kosi and Sun Kosi Rivers.

Which zone is Khotang in Nepal?