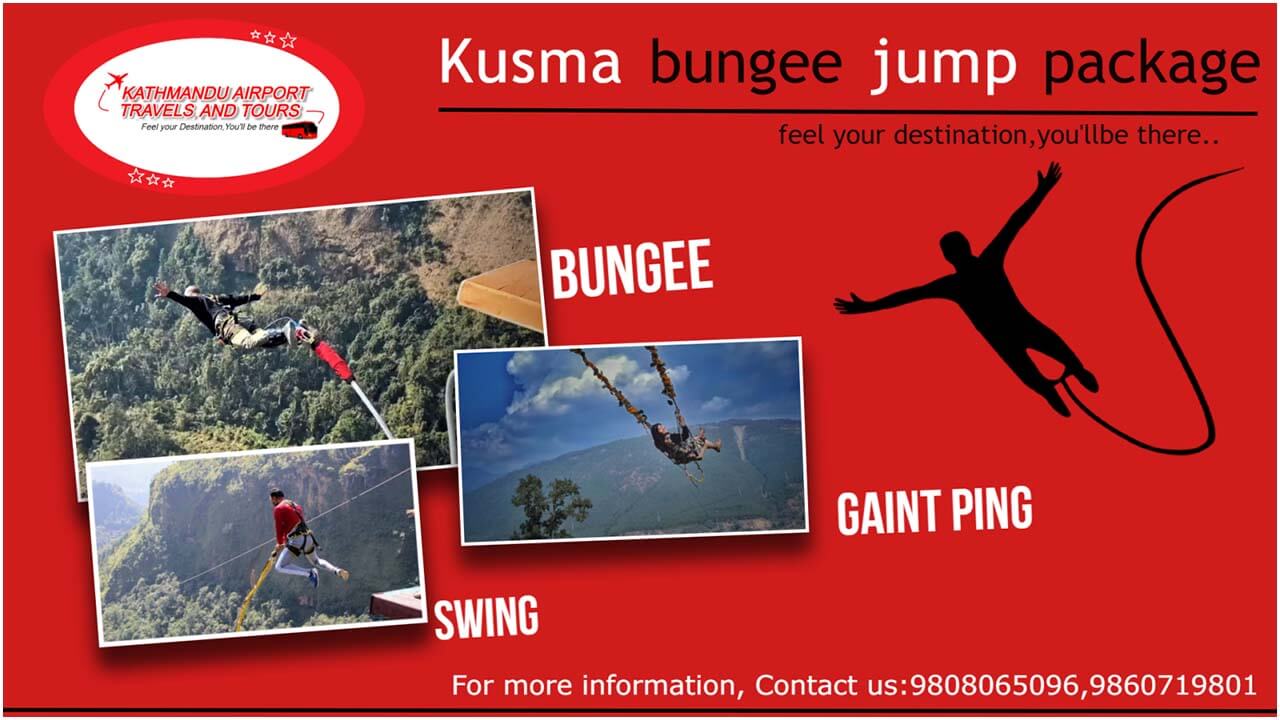 It connects Kushma of Parvat and Balewa of Baglung district. The destination is one of the great destinations for adventure lovers. This Bungee Jump leads to the deepest George in the world, Kali Gandaki.

You experience a free fall from the height of 228 m in Kushma.

How far is Kushma from Kathmandu

The Bungee site of Kushma lies in the Parbat district of Nepal. It is around 262 kilometers from the capital city of Nepal, Kathmandu. The distance from Kathmandu to Pokhara is 200 kilometers, and the distance from Pokhara to Kushma is 62 meters. 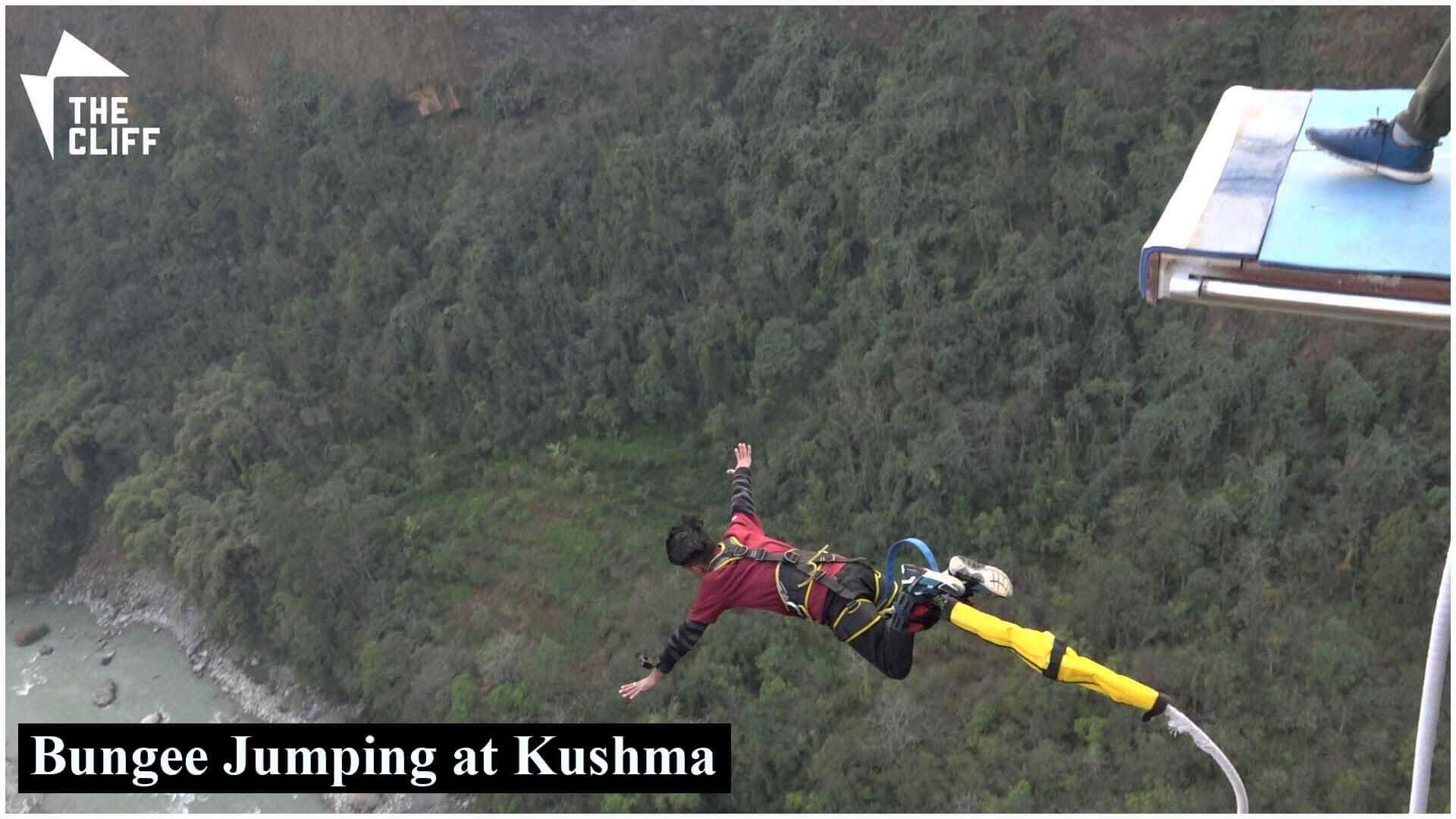 Day 01: Drive to Pokhara from Kathmandu

Then, on the second day, we wake up early in the morning and have our breakfast. After we are done with breakfast, we drive to Kushma for Bungee. After a few hours of drive to Kushma, you can experience Bungee in the Bungee spot.

We return to Pokhara on the same day after Bungee. However, you can also stay at The Cliff Resort in Kushma. If you stay overnight, we will be returning to Pokhara on the next day. Staying overnight can give you a clear view of Kushma and Baglung.

Day 03: Drive from Pokhara to Kathmandu

After the second day, we drive back to Kathmandu from Pokhara in the morning.

People with such medical conditions should not practice Bungee or Swing