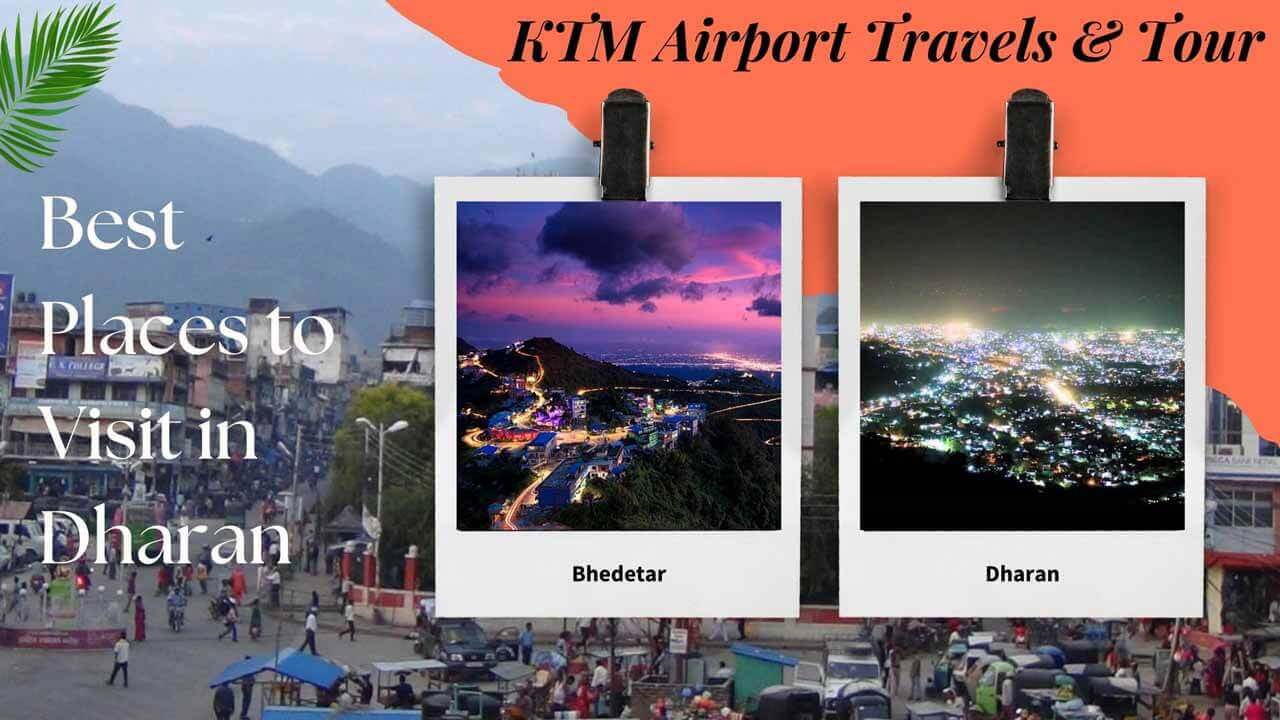 Best Places to Visit in Dharan, Dharan is a duplicate of Indian culture and rituals in India’s southeast. Dharan is one of Nepal’s most important pilgrimage locations and the gateway to the Mahabharat mountain range.

This low-lying hill region in Nepal, which also serves as a football center, is exceptionally clean, colorful, and culturally diverse, earning it the moniker “mini-Brazil.”

The city, which is located in the Sunsari District of Eastern Nepal, has mild weather all year, making it a nice tourist destination.

Apart from this, Dharan is a renowned tourist destination in Nepal because of its numerous local bars and clubs.

10 Best Places to Visit in Ilam

Bhedetar is a prominent tourist site in Nepal’s eastern region, situated at an elevation of 1420 meters above sea level.

Between Dharan is the Best Place to Visit in Dharan, a city in the Sunsari district, and Dhankuta, Nepal’s pre-provincial capital, lies Bhedetar. Bhedetar’s popularity has been continuously rising for more than two decades due to its appeal to both Indian and local tourists.

Bhedetar’s weather is more enticing than anything else because of its unpredictability. People from eastern Nepal’s sweltering plains and Bihar’s Purnia district come here primarily in the summer to escape the scorching sun and enjoy the cool, foggy air.

Among the most famous of the services available here are hotels that serve both local and common dishes, paragliding down to Dharan, and horseback riding or wandering around the area.

If the weather is clear, you may see Mount Everest, Makalu, Kumbhakarna, Gourishankar, and other wonderful mountains.

Namaste Jharana in Nepal’s Dhankuta district, is a famous tourist site for both local and international visitors. The 80-meter-high fall is a renowned tourist attraction in Nepal’s hilly region.

The sight of a rainbow-like seven-color formation while standing close to the Namaste-shaped waterfall is the main attraction of this place.

To arrive at this location, travel up the watercourse’s bank from Simsuwa mode. The beauty of these Waterfalls attracts both domestic and international visitors, as well as scientists. Researchers come here frequently to conduct research.

Bhedetar, a prominent tourist site in Nepal’s hilly region, lies 8 kilometers away from this waterfall. Bhedetar’s weather is notoriously temperamental, turning into a thick fog one minute and then revealing itself as a crown of urban Dharan the next.

There is a tower known as “Charles Tower” from which tourists can observe the majestic Dharan city, which appears genuinely fantastic from there, as well as lush surroundings and astonishingly beautiful hills. While in Dhankuta, you should also visit the Namche Bazaar.

Budha Subba Temple in Bijayapur, Dharan, Nepal’s eastern area, is a well-known religious shrine. It is stated that going to this temple will fulfill your wishes and offer you good luck.

His spirit is said to have strolled around the area where he was buried in Bijayapur and was pleasant and helpful. As a result, the Limbu began to worship the soul, believing that it would bring them good fortune.

Budha Subba, a famed kiranti hunter, stopped hunting after hitting the bamboo tip with his crow-hunting aim. From that day on, the bamboo tree’s tip never grew back.

Budha Subba stopped hunting, buried his slingshot, and started meditating as a result. He pondered at a temple, and his name is carved on the temple.

This place is famous for its bamboo with no sharp ends. Many young couples sign their names together on bamboo poles, believing that whoever places their names here will be together forever.

Couples are no longer permitted to write their names on the fastening since there is a risk of the bamboo tree withering prematurely.

Instead, they tie multicolored sacred threads to the clasp, which are thought to grant desires and bring you closer to your true love. This temple is visited by Hindus and young couples who desire true love and long life.

Pindeshwor Temple is located in the Dharan Sub-Municipality in Nepal’s Sunsari district. Every Monday in Shraavana, thousands of devotees from all over the world come barefoot to pay their respects to Lord Shiva with holy water from the Koshi River.

The first halt on the Bengal-Kathmandu trekking route was Pindeshwor. Rangoli, Pindeshwor, Barhakshetra, Koshi, Sunkoshi, and Banepa were among the stops on the footpath.

Before being developed into a Mahanta site, Pindeshwor was a Shiva worship location. Jogis from India and Sanyasis from Nepal began to visit and congregate there.

Water from Saptakoshi and Koka streams within the Barahachetra temple, as well as water from Kaushiki Tat in the Pindeshwor Shivalaya, is said to fulfill a devotee’s demands. Oil lamps are continuously kept ablaze at the Pindeshwor temple grounds.

Pindeshwor is said to be linked to the remembrance of ancestors. Pindeshwor is a Hindu god who is worshipped at Vijayapur Dharan and is also known as Shiveshwor, Bholebaba, and Shambhu.

This temple is situated at the foot of Vijayapur Hill and features a nice pool in the center with a small idol. On the grounds, there are three temples with buzzing hanging bells.

The temple is dedicated to Shiva and features various gods and goddesses idols. With its magnificent environment and Sanskrit college, the site is a nice place to visit in Dharan, Nepal.

Lord Shiva’s temple, Pindeshwor, is especially popular during the month of Shrawan. This month, the temple is still packed.

Thousands of devotees offer the holy water of Saptakoshi (locally) and other regions of the country in this temple during the Bolbam festival.

The temple contains lovely carvings on the walls and charming figures, and there are two little sanctuaries on the grounds. Visitors give rice and other foods to the monkeys at the temple’s sanctuary grounds.

People come here to picnic and worship Goddesses. From a religious standpoint, this location is extremely important. We suggest that you pay a visit to this lovely shrine and seek Goddess’s blessings.

Namche Bazar, also known as Namche Bazar, is recognized for its beautiful surroundings and weekly bazaar. Because of its elevation of about 3500 meters above sea level, it is a popular destination for serious hikers. A number of important trekking routes pass through the Bazar.

The location is recognized as an ideal acclimatization station as trekkers ascend to higher heights. On their journey to Everest Base Camp, many hikers stay here.

The Tibetan Market is a renowned tourist attraction that is only open on Saturdays. Clothing, accessories, home décor, jewelry, and other items can all be found here for a fair price. 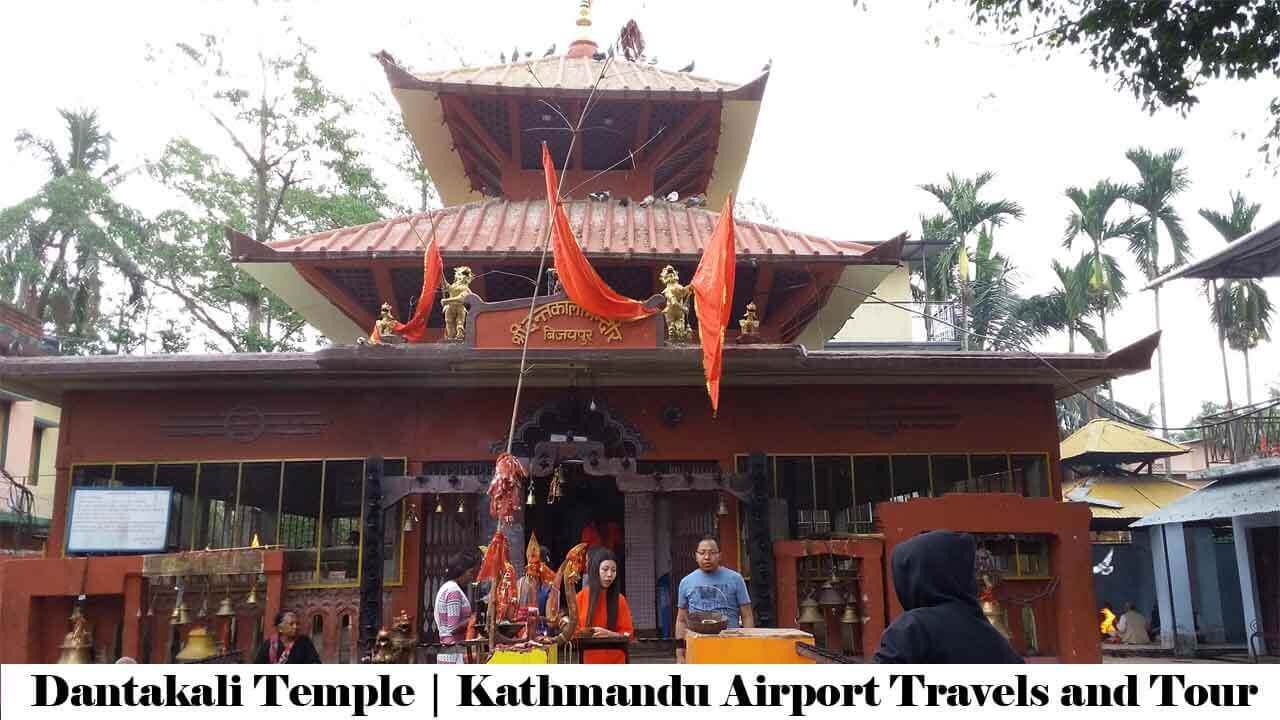 The construction of the Dantakali Temple was dedicated to the Goddess Parvati. It’s in Nepal’s Bijayapur Village, about 3 kilometers from Dharan’s city center.

The site is also considered a significant Shakti Peeth. During Dashain, an annual Hindu holiday commemorating the triumph of good over evil, devotees flock to this temple in droves.

Lord Shiva, according to legend, carried Goddess Parvati’s dead body on his shoulder for days after she died. Many pieces of the goddess’s corpse have fallen to the ground.

Goddess Parvati’s sacred teeth are reported to be stored in this place, where the Dantakali Temple is situated. The terms ‘danta’ and ‘kali’ are combined to form Dantakali.

The Dharan Clock Tower, Nepal. It was completed in 1991 and is a popular tourist attraction. Its design is similar to the Clock Tower in Hong Kong.

Bhanuchowk, Dharan-6, is home to the Dharan Clock Tower, also known as “Ghantaghar.” The Clock Tower rises 76 feet above the ground. It stands on a 55-foot pedestal, giving it a taller appearance.

Visitors flock to this Clock Tower because of its beautiful appearance, architecture, and an excellent perspective of the city from the top. 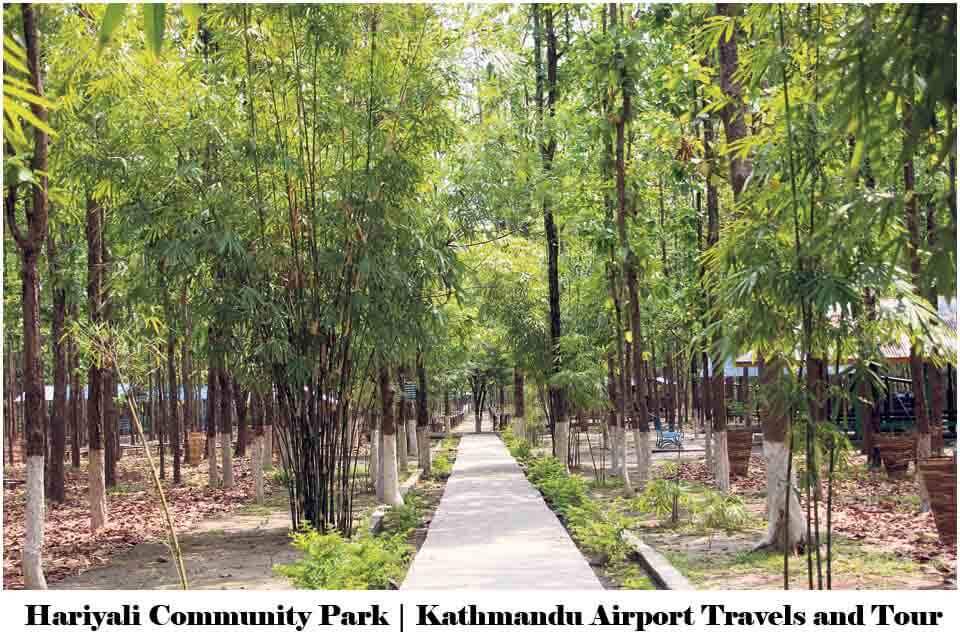 After 2062 BS, they only started looking into eco-tourism. The park’s principal source of revenue is currently the number of visitors.

According to President Jasbir Limbu, the Hariyali Community Forestry Users receive 15 lakhs each year. The money will be used to create and operate the community park, with the remainder going to social welfare initiatives such as roads, drainage systems, and schools.

“This park has become a prime example of eco-tourism due to the numerous variety of plants/vegetation, wildlife, and children’s parks.”

Hariyali Community Park takes up 197.37 hectares of the 886.72-hectare Hariyali Forest Reserve. In the neighborhood, a training hall with a capacity of 60 people has been constructed.

It also includes a rest area where various organizations host events. It has, among other things, a basketball court and a little zoo.

“Everything you see here is the result of local initiative; the government is just worried about the protection of the forest trees.”

According to the District Vice-President of the Federation of Community Forestry Users, the government should compensate individuals who do a good job, but this is not the case here.

The Budha Subba Temple and the Dantakali Temple, both in Dharan, Nepal, are well-known in Bijayapur. The latter is consecrated to Sati Devi and is one of the Shakti Peeths (Goddess Parvati). The former is generally visited by those who want to make a wish.

Inside the Budha Subba Temple, wish threads are fastened to the temple bell, railings, pillars, trees, and branches. As a result, the environment appears alive and divine.

The temple is quite huge, with a large shrine in the center surrounded by tall, dense ancient trees. It is an ideal place for those looking for a tranquil setting close to the city. The visit to Vijayapur Hill is the best reason to spend a day in Dharan.

This is an affluent, calm, and picturesque (by Nepali standards) neighborhood bordered on one side by the city and the Himalayan foothills on the other.

Vijayapur Hill is home to Dharan’s four main temples, as well as a number of minor temples and several interesting monuments.

By trekking 15 minutes east of Bhanu Chowk, you can reach the lowest point of Vijayapur Hill and see the first temple, Pindeshwor Temple.

From there, it’s about a 10-minute walk upward on the main road to Datankali Temple. Around 10 minutes along the road on the right side, you’ll visit Buddhasubba Temple and catch a view of the foothills.

Finally, follow the main road into the woods for 15-20 minutes to see Panchakanya Temple. From the last temple, you can find a steep trail down the side of the hill to the main highway via Dharan and get a tuk-tuk back to town.

What is the famous Dharan?

Temples, landscapes, and sanitation are all well-known. Churpi and a variety of street dishes are also popular. The population of the city is estimated to be around 110,000.

It is situated in the foothills of the Mahabharat range. The majority of the population is made up of Rai, Limbu, Newar, Tamang, Gurung, and Magar people.

What adventurous activities can be done in Dharan?

Some of the most popular tourist activities include paragliding, mountain biking, adventure cycling, canyoning, and white-water rafting on the Tamur River. Visitors also enjoy the cable car ride between Dharan and Barahachhetra.

Yes, Dharan is an absolutely beautiful place to visit.

What are the religious sites of Dharan?