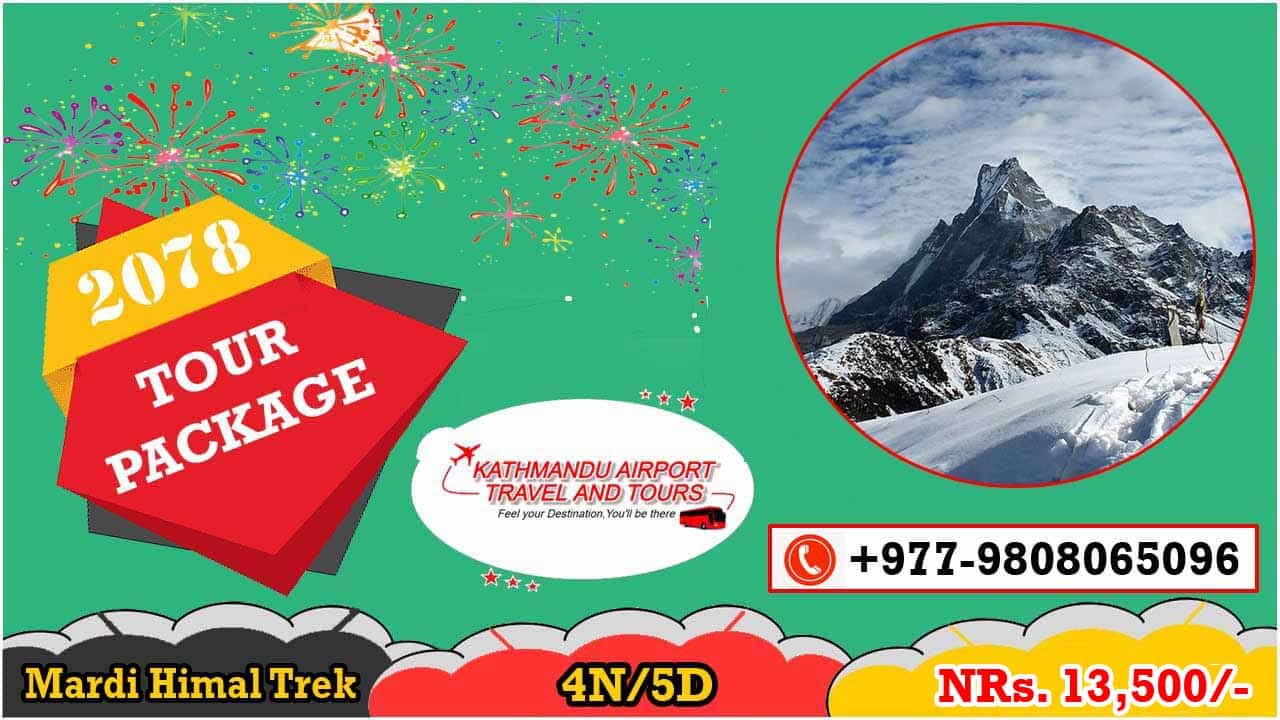 The off beaten track and the majestic Mardi Himal is the major attraction of the trekking. This trek is an adventurous trek that takes the trekkers to the base of Mardi Himal.

Although the Mardi Himal trek was not such a popular trek inside the Annapurna Sanctuary in the early days, it has gained popularity. The crowd is a little less compared to other regions of the trekking trail.

However, the beauty of the lush forests and the snow-capped mountains are no lesser than the other trekking trails of the Annapurna region.

The trek to Mardi Himal is a lifetime experience for all trek lovers. It offers an amazing view of the mountains in the Annapurna range. The significant mountains visible during the trek are Macchapuchre, Masalsu, Mardi Himal, Dhaulagiri, and Annapurna. 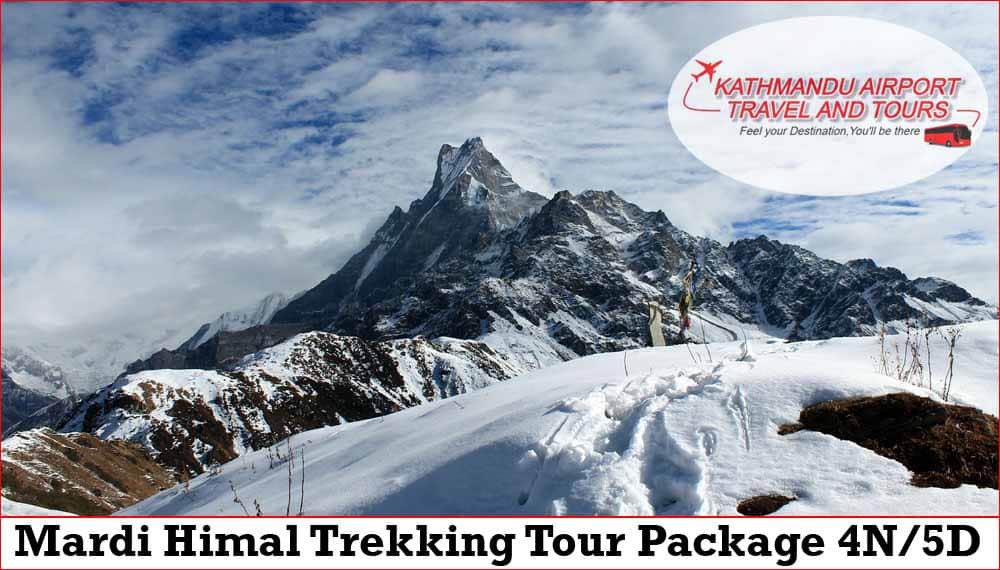 Other than the mountains, other major attractions are the Forest camp, low camp, high camp, Badal Danda, and the traditional village of Siding. Along with it, the trekkers also get to experience the beauty of the rhododendron forests, the terrace fields, and the swift-flowing rivers.

We all know that the best season to trek in Nepal is the Autumn Season which falls from the month of September to November. During the Autumn season, the sky is clear.

Also, the weather is moderate, and there is less chance of snowfall. So, the trek to Mardi Himal is also preferred during this time. After the Autumn Season, the best season for the trek is during the month of pre-Monsoon, which is during March-May.

However, the least preferred season for the trek is during the monsoon season, which falls at the time of June to August. During this time, the weather is not clear, and there is a high chance of leaches. Also, the winter season is not so favorable for trekking because the snow level rises in the season.

How difficult is Mardi Himal Trek

Although the Mardi Himal trekking is not so challenging, it might be hard for beginners. But, for the people who have experience in trekking, it is quite simple.

The trekking can last from 4 to 10 days as per the preferences of the trekkers. It is one of the best trekking options if you are new to trekking and want to explore the beauty of Nepal and the beautiful mountains of Nepal. 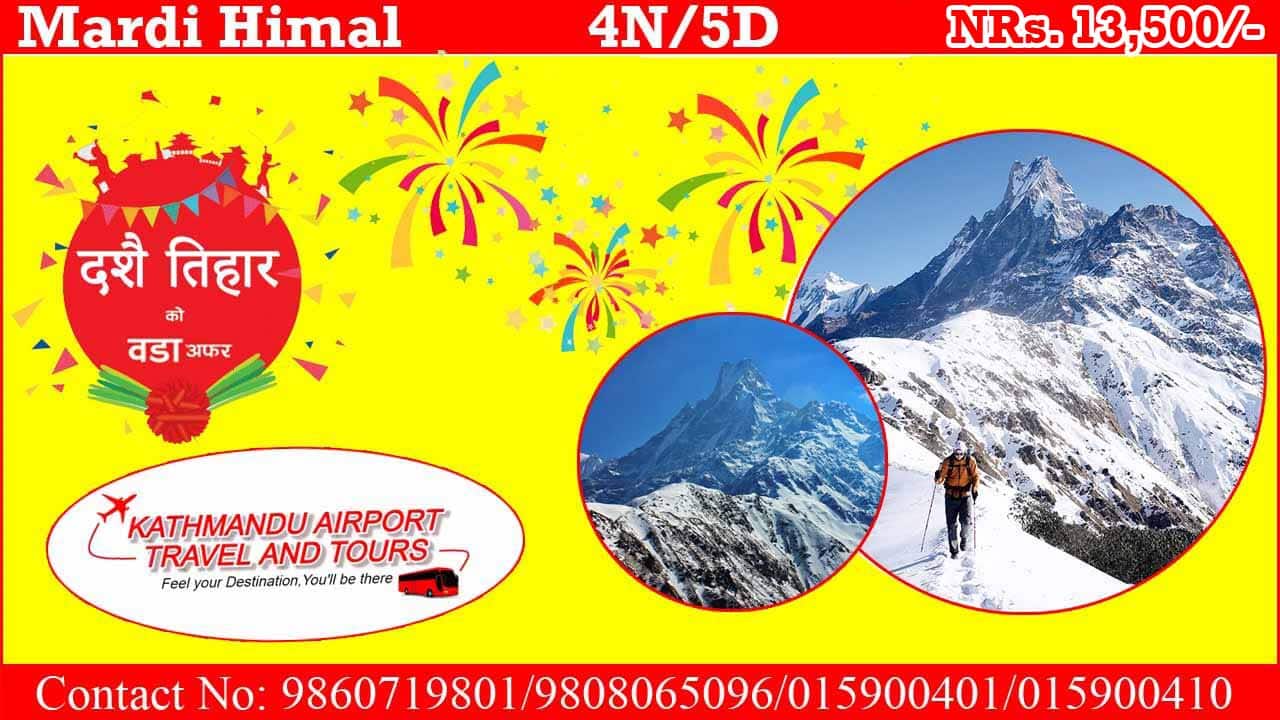 On the first day of the trek, we will first Drive to Dhampus from Pokhara. From Dhampus, we trek to Deurali, which will require 4/5 hours of walk from Dhampus.

As we reach Deurali on the second day of the trek, we trek to Low Camp (2985m) from Deurali. After around 6 hours of walk, we finally reach Low Camp, which will be our destination for the second day.

Then, on the third day of the trek, we trek from Low Camp to High Camp at an altitude of 3550 meters. The High Camp is one of the most preferred destinations as the views of Annapurna South, and the Machhapuchre range becomes clear from the High camp.

Day 4: High Camp to Viewpoint and back to Forest Camp

On the fourth day, we will hike to Mardi Himal Base Camo, which is at the height of 4500 meters. This journey will take around 4 to 5 hours of walk. After we reach the Viewpoint, we get back to the Forest Camp.

Day 5: Low Camp to Dhamphus and Drive to Kathmandu. (Extra charge for a one-day extension for overnight stay at Pokhara).

As we reach the Low Camp on the fifth day, we go down to Dhampus and then drive back to Pokhara. In most cases, we drive back to Kathmandu on the same day. However, if you want a day extension at Pokhara for refreshment, we are also open to it.